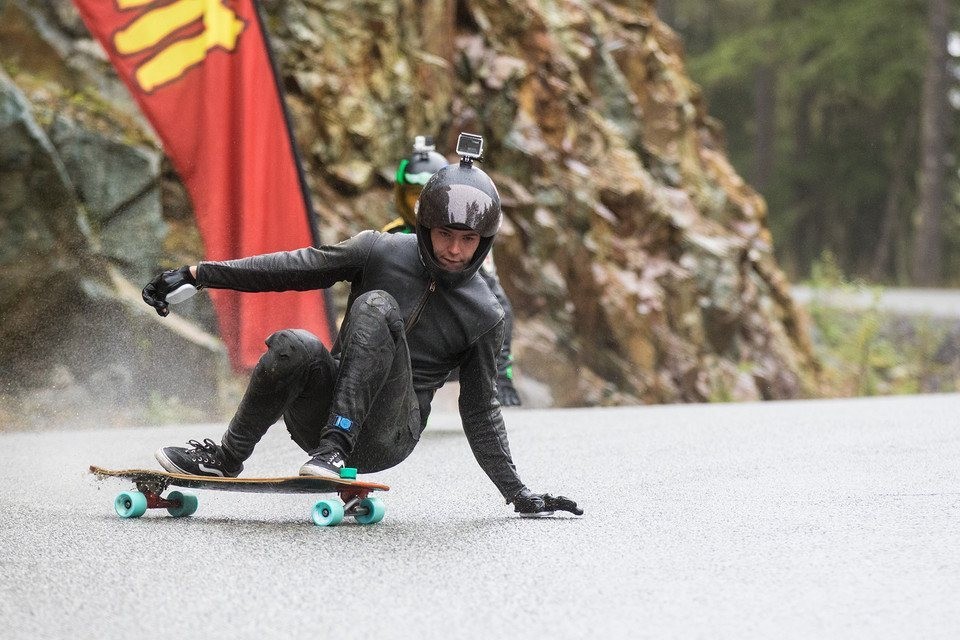 Aidan Gilbert is one of our favorite dudes who is always longboarding up in British Columbia, Canada and we are stoked to have him on the team. We recently took a couple minutes to catch up with him and see how the 2015 Longboard Season went. Check some photos, read the Q&A and snag some fresh longboard wheels yo!

Q. What are your local longboard spot(s)?

A. I spent a lot of my summer in Kimberley skating some gnarly, forested bike paths. Since moving to Kamloops for school, I’ve been introduced to so many rad freeride spots and downhill runs. I’ve also spent my fair share of time at the Kamloops Longboard Park.

Q. What was your summer like on a longboard?

A. This season was definitely a memorable one for me. I went to both Britannia, and Whistler for the first time, met a whole lot of rad people, as well as skated a massive amount of new territory.

Q. What was the highlight of the 2015 longboard season for you?

A. Traveling to Britannia and Whistler in the DB van with team mates and homies was a great time. I also went on a solo trip to the Seattle and Portland areas during the summer and skated some of the sickest hills I have encountered. Shout out to Nick Divona, Emmet White, Matt McDonald, and Martin DePass for making that trip such a highlight for me. Lastly, I just finished in 3rd place overall in the Kamloops Outlaw Series which attracted a lot of talented riders during the fall, five race series. I was stoked to end the season on such a positive note.

Q. What were you riding?

A. I started off the season on a DB Robot Special then switched to the Keystone 37 upon its release. I’ve had so much fun on that board; I love the fact that I can get techy, kickflip, freeride, and race on the same board. I’m always riding Atlas Trucks with a 40 degree plate in the rear for optimal stability. As for wheels, I’ve basically ridden the whole Cloud Ride lineup over the season. The 80a classic thane, in the mini slide and ozone shapes, were stand outs to me and were immensely fun freeride wheels. For racing and downhill, I rode numerous sets of Storm Chaser protos, all of which being tremendously fast rolling, grippy, and smooth. I’m so hyped for the official release of these wheels next season!

Q. What was your favorite video?

A. It’s hard to narrow it down to one, but Spencer Smith’s Switzerland video was a favorite of mine because it made me realise how badly I need to skate the European Alps in my lifetime. Not to mention, the skating in the video was fantastic.

Q. What was your favorite spot?

A. Nick Divona took me to one of his local freeride hills in Tacoma that blew my mind. Skating the iconic Zoo Bomb in Portland with Emmet White was also a highlight for sure.

Q. Who were you riding with?

A. The Kamloops Longboard Club, the Kootenay Skate crew, a bunch of Okanagan riders, some DB homies, and many others too numerous to name.

Q. What is your plan for the 2016 longboard season?

A. One of my main goals is to do as much skating and filming as I can and hopefully release a video part. I also would like to attend as many races, and freerides as I can manage.

What Does Aidan Ride? 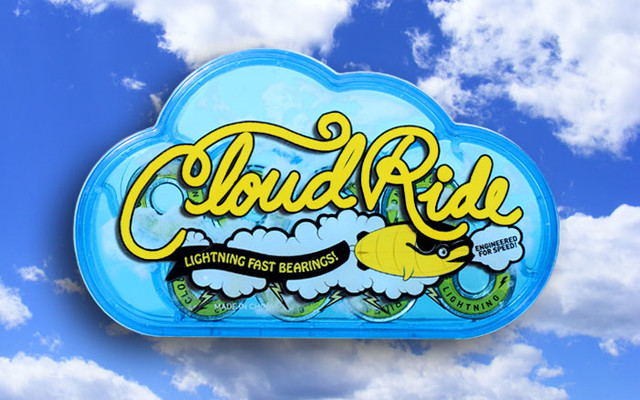 Starting March 1st, with every wheel purchase you get a free set of our Lightning Bearings! At checkout you need to select the free Bearings or they will not be included in your order. 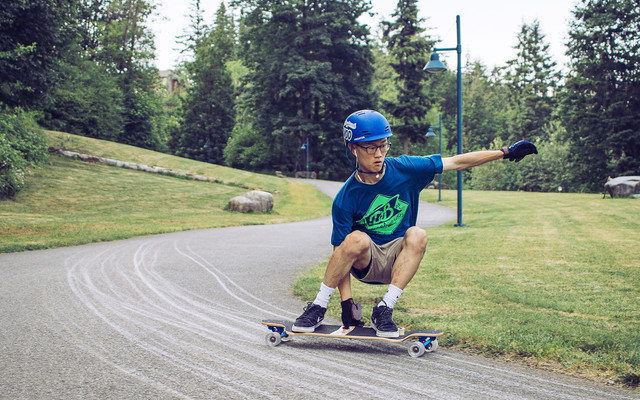 Our Clear, Red and Green Cruiser Wheels were designed to be ideal for carving and cruising, but are also one heck of a freeride wheel! The high rebound urethane is well-suited any type of riding. 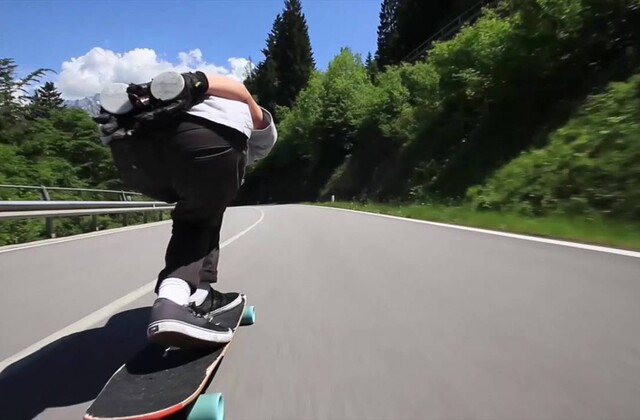 The ultimate race wheel from Cloud Ride, these wheels are fast, grippy and resilient. 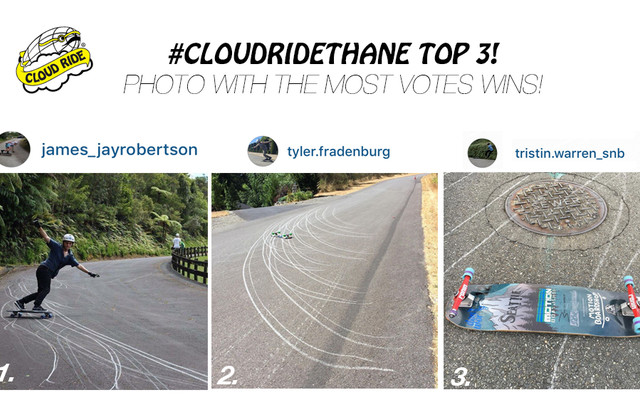 We narrowed down all of our Cloud Ride Thane entries to three longboarders on Instagram: @james_jayrobertson @tyler.fadenburg and @tristen.warren_snb 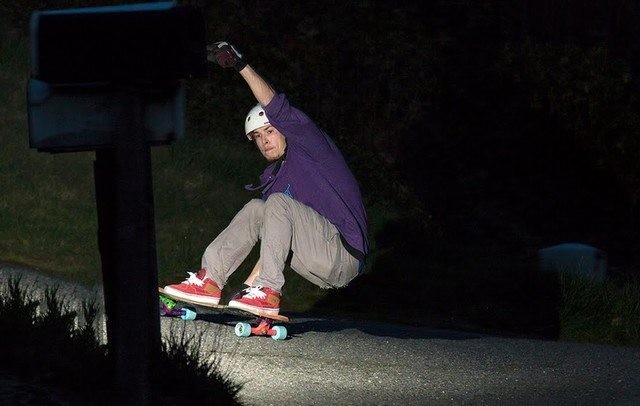 Our new ICEEEZ and SLUSHEEZ longboard wheels are available on our website and at MuirSkate and Daddies Longboard Shop!

Two of our b rand new wheels the ICEEEZ and SLUSHEEZ are set to be available in shops real soon and on our website at the beginning of April! 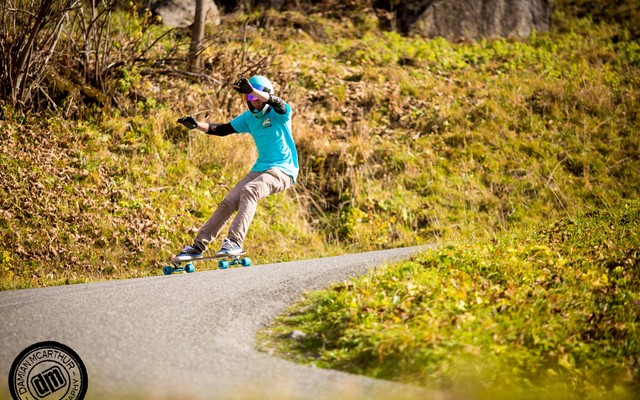 We recently added French longboarder Ben Pellet to our flow team and within a few days he sent us some banger photos captured by Damian McArthur. 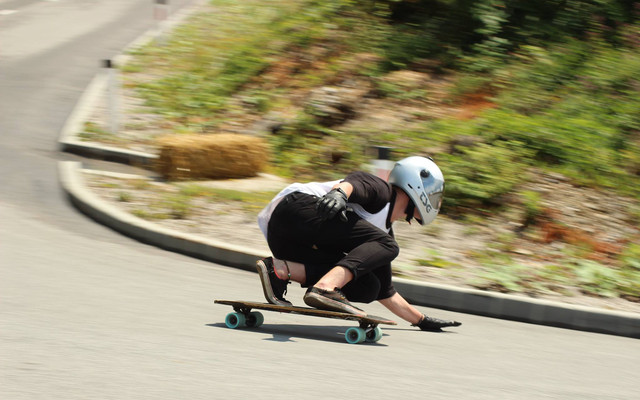 Team rider Anton Linden traveled a ton last summer to longboard around Europe and we recently caught up with him to see how the summer went. Checkout his words, videos and photos below. 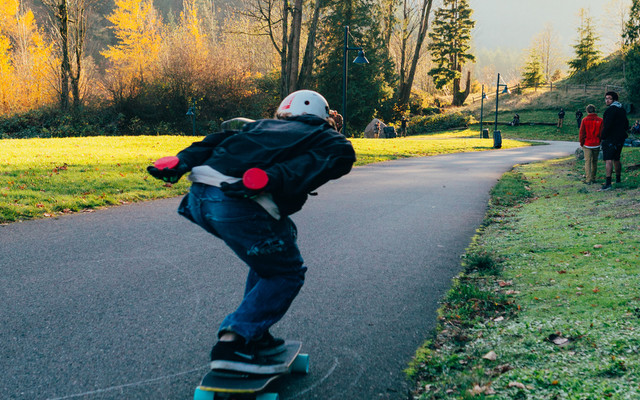 Bill Kim is a great asset to Cloud Ride Wheels in terms of his longboarding skills, knowledge and he is super talented behind the camera lens as well.

Rosanne Steeneken is pushing the longboard game in the Netherlands and we just got a chance to ask her e a few questions about the 2015 longboarding season. 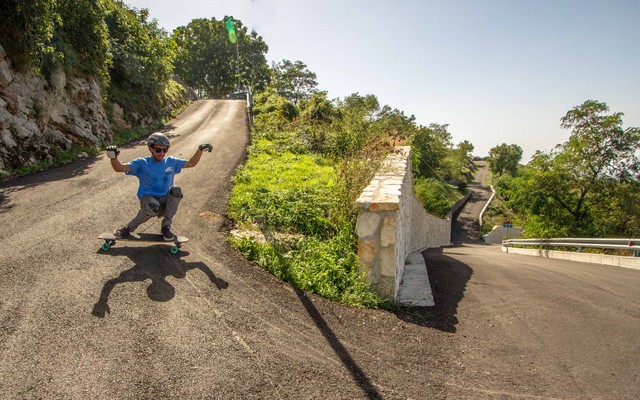 What were our favorite wheels of 2015? Look no further! 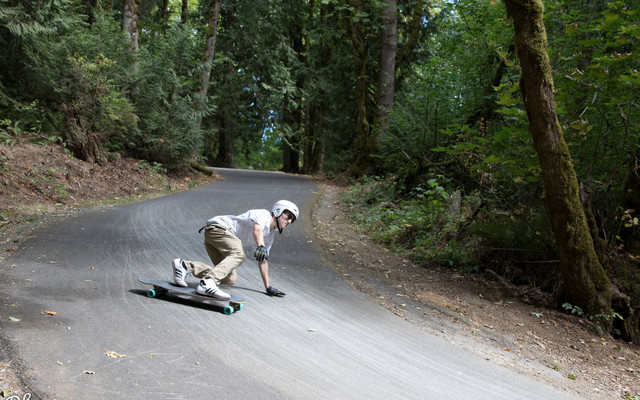